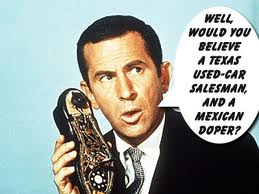 Former Israeli intelligence officer Avi Perry writes that a “surprise” Pearl Harbor-style Iranian attack on an American warship in the Persian Gulf will provide the pretext for the US to launch all-out warfare against Iran.

Given the fact that former Vice President Dick Cheney’s office openly considered staging a false flag attack on a US vessel in the Persian Gulf to blame it on Iran as a pretext for war, Perry’s summation of how “2012 will see to a new war,” cannot be taken lightly.

Under the headline ‘The looming war with Iran‘, Perry writes;

Iran, just like Nazi Germany in the 1940s, will take the initiative and “help” the US president and the American public make up their mind by making the first move, by attacking a US aircraft carrier in the Persian Gulf.

The Iranian attack on an American military vessel will serve as a justification and a pretext for a retaliatory move by the US military against the Iranian regime. The target would not be Iran’s nuclear facilities. The US would retaliate by attacking Iran’s navy, their military installations, missile silos, airfields. The US would target Iran’s ability to retaliate, to close down the Strait of Hormuz. The US would then follow by targeting the regime itself.