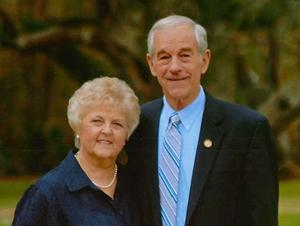 By S. Alexander Cooke | Yahoo! Contributor Network – Wed, Jan 11, 2012
Ron Paul finished a strong second to longstanding front-runner Mitt Romney in Tuesday's New Hampshire Republican primary. But not all of the 23 percent of primary voters who supported Paul expect him to win the GOP nomination. Romney cemented his front-runner status with a commanding 39 percent of the vote, and his nomination, though not yet certain, now appears likely. But Ron Paul might still win. Here's how.

Paul's second-place finish in New Hampshire, combined with his strong third-place showing in the Iowa caucus, establishes him as the Republican candidate offering the sharpest contrast to Romney. New Hampshire State Senator Jim Forsythe confirmed this Tuesday, saying "Dr. Paul is clearly emerging as the alternative to Gov. Romney (and) the alternative to the status quo."

It's the second part of Sen. Forsythe's comment that caught my ear. Paul is more than just the Republicans' runner-up; he's their best alternative to the status quo. And for those of us who think the status quo is irreparably flawed, that makes Paul the primary's only real winner.

Paul and his staff have not yet giving up on winning the GOP nomination. Paul himself told supporters of front-runner Romney, "We're nibbling at his heels." He also claimed his New Hampshire performance consolidated the nomination contest into a two-man race. Still, most experts consider a Paul nomination a long shot.

But that doesn't mean Paul isn't winning anyway. Paul also responded to criticism that his campaign and stances on the issues are dangerous. "I sort of chuckle," Paul told his supporters of the criticism, "because we are dangerous to the status quo."

Fireside Chat Ep. 248 -- Does Self-Love Make You a Better Person?

Scott Atlas: The Evidence is In, Lockdowns Were Nothing But a "Massive Destruction" in Eve

DR. JUDY MIKOVITS | THE TRUTH ABOUT COVID-19 AND MEDICAL CORRUPTION |THE GREAT RESET