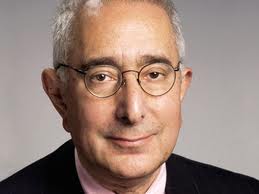 The conservative pundit and actor -- and former Nixon speechwriter -- alleges that his position on climate change had him kicked off a $300,000 acting gig, only to be replaced by a lookalike.

He is claiming breach of contract, wrongful discharge and emotional distress, among other charges.

In the suit, which was obtained by TheWrap, Stein says Kyocera reneged on the deal and replaced him after the company found out that he isn't sure humans are responsible for climate change.

The deal would have had Stein -- who has previously been featured in advertisements for Comcast, Clear Eyes and Hewlett-Packard -- acting in commercials for Kyocera and appearing at a company event.