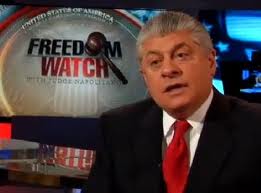 What if Democrats and Republicans were two wings of the same bird of prey?

What if elections were actually useful tools of social control? What if they just provided the populace with meaningless participation in a process that validates an establishment that never meaningfully changes? What if that establishment doesn't want and doesn't have the consent of the governed? What if the two-party system was actually a mechanism used to limit so-called public opinion? What if there were more than two sides to every issue, but the two parties wanted to box you in to one of their corners?

What if those vaunted differences between Democrat and Republican were actually just minor disagreements? What if both parties just want power and are willing to have young people fight meaningless wars in order to enhance that power? What if both parties continue to fight the war on drugs just to give bureaucrats and cops bigger budgets and more jobs?

4 Comments in Response to What If Elections Don't Matter?

Ladies and Gentlemen! Pursuit of freedom and human rights in Ukraine reached its climax. A striking example is the prosecution of opposition leader Yulia Tymoshenko. The country has established a totalitarian regime, based on power structures, The government leaders of criminal organizations are not staying in front of what is not. The opposition was harassed and physically destroy All bank accounts in countries control the security forces. We are writing with a plea for help to free people of the world! All who care about freedom, please help feasible donations to our fund. Even one dollar can help someone in the fight for freedom. Please make donations to the purse: E147579366460 Thank you for your support!

I've pointed these what ifs out to my neighbors and have only gotten that blank stare that says they believe only what they are told by MSM. Only one out of a few dozen understands what I have mentioned and can carry on a conversation of reasonable intelligence, but only to a point. To my amazement, I have gotten many of those from that couple of dozen to finally see the difference between a Chemtrail and a Contrail. That took a lot of work, but daily in our skies over S. CA there has been an assault by our own U.S. Air Force blanketing the sky with those ugly streaks. Thank's to a few days of clear skies with just those commercial aircraft overhead, they have begun to see something happening that they have no control over and gave no permission to being sprayed and now just maybe they will open their understanding to such questions that arise with this, 'What if', article. I won't hold my breathe. Too many of them will still not want to get out of their comfort zone to change things for the better.

what if?  Where did the if come from?

Great article. And here is a smattering of the thinking behind those who want you to vote.

Most common people in the world, and especially in the United States, are reasonably honest folk. We the people try to do what is right and good. we help our neighbors voluntarily and willingly. We don't want to get messed with, but as soon as we see the other guy (gal) hurting, we lose a lot of our anger, and we get in there and help.

This more or less general good nature of ours tells us each, individually, that when we put our hand to a piece of paper, when we sign a document, we should keep the agreements that we sign.

What about voter registration? Doesn't the simple act of registering to vote cause us in our heart to feel that we have, sort of, signed a binding agreement? Now that we have signed, we play a part in whatever the outcome of the vote happens to be. And if the vote turns against us, haven't we agreed, sort of, to be bound to the results? Haven't we done it, simply through registering, and then by playing the vote game?

What if the vote always turns sour for all of us? Oh sure, we all get a touch of benefit somewhere... or so we feel. But the vote DID turn sour. Why? Because none of us is happy about the way the nation is being run... none of us, except the very ignorant, that is. YET WE FEEL BOUND, BECAUSE WE SIGNED THE VOTER REGISTRATION! And that is exactly the way those in power want us to feel.

Yet, when you look at voter registration, it has only an open-ended, one-sided, section of agreement to it. And it really doesn't have even that. The one side implies (sort of says) that we are bound to the system because we signed up and voted. Where is the other side of the agreement? Where does it say exactly what the people who get into office are bound to do? NOWHERE!!! That's where. Once they are in office, they can do whatever they want!

Now let's get this crock of an idea out of our heads. WE NEVER SIGNED A BINDING CONTRACT IN THE REGISTRATION OR THE VOTE. Neither we, nor they (the elected), are bound by anything in the voter registration, or the voting process, to do anything. The only thing that we are all bound to do is to adhere to the Constitution and the legally formulated Constitutional laws. This is what has been demanded ALL ALONG!

Read the Constitution to see if the elected people are following it. Read it, also, to see the part the voters play. The answer is, the voters are not really even mentioned. Certainly not with any obligation assigned to them. And the ones who are elected, they are the ones who are not following through with their Oath of Office obligation to uphold the Constitution! In other words, the elected Government officials are screwing all of us, not just those whose candidate did not get elected!
-
-
So here is what we need to do... a choice of 2 things.
-
-
Either we make them obey their Oath of Office, make them obey the Constitution,
-
-
OR
-
-
We make them list exactly what they are going to once in office, list it in their election platform before they are elected, list it as a clear and binding contract with dates of completion, and swear to it before they get elected, with the penalty for not following their CONTRACT with us TO BE DEATH if they get elected and do not follow through.

Why death? Because thousands of us are dying right now, because they won't obey their responsibility to uphold the Constitution. Our boys and girls are dying in the fake wars that they create. We are dying because we are losing our homes and land and personal property in the mostly illegal taxes they create. And we are rapidly losing it all with the fake money system that they have created.

Before you answer this comment, get our there and take a look to see what is happening right before your eyes, all around the nation, and all around the world.

WE DON'T NEED THOSE SNAKES. THEY ARE THE ONES THAT MAKING SUCKERS OF ALL OF US!