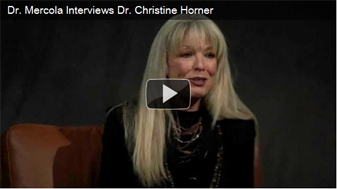 Dr. Horner brings up an excellent point, and that is that in order to be effective, you must first STOP doing that which is promoting cancer growth (or poor health in general), and then all the other preventive strategies have the chance to really have an impact. Addressing your diet should be at the top of your list, and rather than adding certain foods, you'll want to eliminate the most dangerous culprits first.

Naturally, processed foods and soft drinks do not belong in a cancer-preventive diet...

Dr. Horner, believes red meat from animals reared in confined animal feeding operations (CAFO's) is also a MAJOR contributor to cancer. These animals are given antibiotics, growth hormones and other veterinary drugs that get stored in their tissues. Additionally, cooking the meat over high heat creates heterocyclic amines, which further add to its carcinogenic effect.

While I do recommend eating meat, I agree that there is absolutely NO benefit to eating CAFO beef. The ONLY type of meat I recommend is organically-raised, grass-fed meats. It's hard for a lot of people to grasp the difference between CAFO and organic meat, but truly, they are like two different species in terms of their nutritional content. One is health harming while the other is beneficial.

So when we're talking about the detrimental impact of red meat on your health, especially in terms of feeding cancer, please understand that we're talking specifically about CAFO beef, aka "factory farmed" meat. Next on the list of cancer-promoters is sugar (this includes ALL forms of sugar, including fructose and grains).

"To me, sugar has no redeeming value at all, because they found that the more we consume it, the more we're fuelling every single chronic disease," Dr. Horner says. "In fact, there was a study done about a year ago… and the conclusion was that sugar is a universal mechanism for chronic disease. It kicks up inflammation. It kicks up oxygen free radicals. Those are the two main processes we see that underlie any single chronic disorder, including cancers. It fuels the growth of breast cancers, because glucose is cancer's favorite food. The more you consume, the faster it grows."

Next is the type of fats that you consume. It's important to remember that every cell membrane is made out of fat, as is your brain. According to Dr. Horner, bad-fats in the diet are a major contributor to ill health and cancer. On the list of fats to eliminate are:

Healthy fats of particular importance for cancer prevention are omega-3 and omega-9. According to Dr. Horner, omega-3 in particular serve to effectively slow down tumor growth in estrogen-sensitive cancers such as breast-, prostate- and colon cancers. Fourth on the list of cancer promoters is ANY item that contains xenoestrogens (chemicals that mimic estrogen). This can become a rather long list once you start including any food contaminated with such estrogen-mimicking chemicals, such as BPA, found in the linings of canned goods and in plastics. The list gets truly unwieldy when you include personal care products that contain such chemicals as well…

"There are case reports of five- and six-year-olds going through secondary sex characteristics because of the shampoo that they were using... There are all sorts of different sources where we're exposed to these chemicals from our foods and from the products that we use.

What we're seeing is younger and younger puberty. Around the world, the average age is about 16  years old. In the United States, it's 10 years old now, and sometimes even younger. The problem is that with each menstrual period there is a surge of estradiol, which is the strongest, most abundant form of estrogen, and the one that's most associated with breast cancer. If you start your period very young, you'll have more periods in your lifetime than what a person would have, obviously, if they started at an older age.

In addition to that, when a girl goes through puberty, her breast cells become really sensitive to environmental toxins, radiation, and so forth. They're considered immature. They haven't differentiated– as a more scientific term for it– so there's a longer period of time that they're exposed to these toxins where they have a greater sensitivity."

Dr. Horner reviews a number of other important factors that influence your cancer risk, so for more details, please listen to the interview in its entirety, or read through the transcript.

According to Dr. Horner, the research clearly shows that the one food that is the most important for optimal health is plant foods................