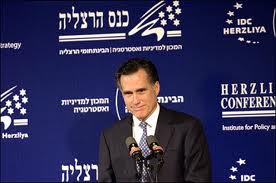 I sort of have to chuckle when they describe you and me as being dangerous. We are dangerous to the status quo in this country.
- Ron Paul after his second-place finish in New Hampshire primary, 10 January 2012

I want to say one other challenge that we face is simply that we must find an alternative to war and bloodshed. Anyone who feels, and there are still a lot of people who feel that way, that war can solve the social problems facing mankind is sleeping through a great revolution. President Kennedy said on one occasion, “Mankind must put an end to war or war will put an end to mankind.” The world must hear this. I pray God that America will hear this before it is too late, because today we’re fighting a war.
– Martin Luther King, Jr., “Remaining Awake Through A Great Revolution”, 31 March 1968, National Cathedral, Washington, D.C.

Monday, 16 January 2012, is Martin Luther King Day.  The same day will also mark the passage of 21 years since the United States military began fighting in the Middle East.  The U.S. has been actively engaged in war fighting in Iraq and the Middle East for a full 21 years, which is to say that Americans who will become adults in 2012 have never known what it means to live in a nation at peace.

Ron Paul, the anti-war Republican candidate for president, is a threat to the status quo of open-ended military intervention in the Middle East.  While some 70 percent of the American population wants an immediate end to the U.S.-led wars, Ron Paul is the only candidate that speaks for the majority that wants peace.

Barack Obama has ratcheted up the war in Afghanistan and has imposed sanctions on Iran that will lead to war if not reversed.  All of the Republican candidates other than Ron Paul are trying to outdo each other with their bellicose threats against Iran.  To understand why the candidates advocate such belligerent positions in spite of the growing anti-war sentiment among American voters, it is essential to understand that they are being paid and supported to do so by their Zionist (i.e. pro-Israel) backers.  Mitt Romney, for example, has very close ties to a high-level agent from Israeli military intelligence, the woman he made CEO of Bain & Company. Mitt Romney was a co-founder of Bain Capital along with Bill Bain, seen here.  Bain was ousted in 1991 and Romney served as CEO of Bain & Company in 1991-1992.  In May 1991, while Romney was CEO, Gadiesh was named chairman of the company's Policy Committee, which set the company's business strategy and policy. In 1992, under Romney, she became managing director.  Orit Gadiesh, who has worked at Bain & Co. since 1977, became chairman of Bain & Co. in 1993.

Orit Gadiesh, born in Israel in 1951, has worked closely with Mitt Romney since at least 1991, and probably much longer since she joined Bain & Company in 1977, when she was 26.  Romney appointed Gadiesh to his transition team when he became governor of Massachusetts in November 2002.  Gadiesh is the daughter of Falk Gadiesh, an Israeli brigadier general and former member of the general staff who reorganized the Israeli army in the early 1950s after a stint at the Massachusetts Institute of Technology (MIT).

Falk's daughter Orit was chosen to serve in Israeli military intelligence. Her first position in the Israeli military was as assistant to Ezer Weizman, the deputy chief of staff who later became president of Israel.  During the early 1970s, she worked in the war room, a bunker where Gen. Moshe Dayan was in charge.  As a war room assistant to Weizman, Orit provided military leaders with documents and correspondence.

Prior to joining Bain & Company, Gadiesh served in the office of the Deputy Chief of Staff of the Israeli Army. Currently, she is on the board of directors of the Peres Center for Peace, an organization headed by a former chief of staff of the Israeli military, Lt. General Amnon Lipkin-Shahak. The high-level Mossadnik Avner Azulay, managing director of the Marc Rich Foundation, is also on the executive board of the Peres Center. Mitt Romney speaking at the Mossad's (IDC) Herzliya Conference in 2007 Romney greets his old friend, Benjamin Netanyahu, one of the suspected architects of the false-flag terrorism of 9/11.