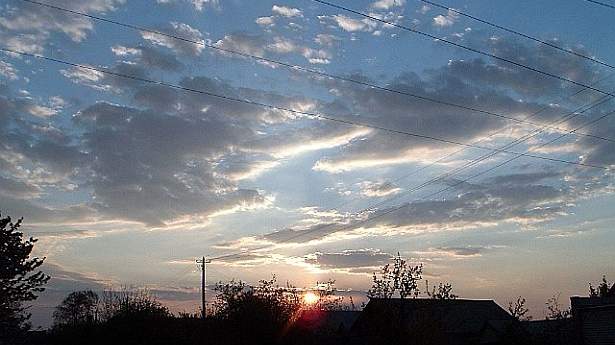 A newly discovered form of chemical intermediary in the atmosphere has the ability to remove pollutants in a way that leads to cloud-formation and could potentially help offset global warming.

The existence of these so-called Criegee biradicals, which are formed when ozone reacts with a certain class of organic compounds, was theorized over fifty years ago, but they have now been created and studied in the laboratory for the first time.

According to Science Daily, the discovery was made possible through the use of a third-generation synchrotron at the Lawrence Berkeley National Laboratory which produces an intense, tunable light that enables scientists to differentiate between molecules which contain the same atoms but arranged in different combinations.

The Criegee biradicals — named after Rudolph Criegee, who postulated their existence in the 1950′s — turn out to react with pollutants, such as sulfur dioxide and nitrogen dioxide, much more rapidly than expected to form sulphates and nitrates. “These compounds,” Science Daily explains, “will lead to aerosol formation and ultimately to cloud formation with the potential to cool the planet.”

CLIMATE LOCKDOWNS ARE NEXT! - MARTIAL LAW & THE END OF HUMAN SOVEREIGNTY