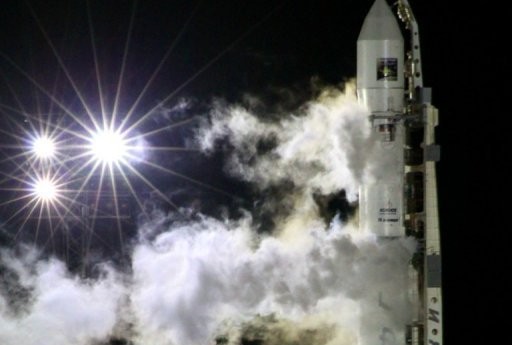 Russia’s space agency on Sunday called off all predictions of the likely crash site of its ill-fated Mars probe only hours before the 13.5-tonne spacecraft was due to begin its fatal descent.

Roscosmos said on its website that fragments of the stranded Phobos-Grunt voyager would probably fall to Earth on Sunday between 1436 GMT and 2224 GMT.

But it cancelled its Saturday forecast of the debris splashing down in the Pacific off the western coast of Chile. Two earlier updates had the fragments falling into the Indian and Atlantic Oceans.

“The operations support group is keeping continuous watch of the Phobos-Grunt spacecraft’s descent from orbit,” the brief Roscosmos statement said.

The unmanned $165 million vessel — stuck in orbit since its November 9 launch — will be one of the largest objects to re-enter the atmosphere since Russia brought down the Soviet-era Mir space station in 2001.

Russia to Build Its Own Orbiting Space Station, Abandon ISS