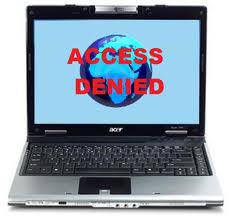 The “Stop Online Piracy Act”, if passed, will allow “content owners” (studios, TV networks and record labels mainly) to order entire websites taken down if anybody posts “pirated content” there or even links to same. With so many videos being uploaded to Youtube and the like, monitoring or pre-approving videos is impossible and Google is on record as saying this bill will kill off Youtube completely.

The existing piracy controls are bad enough: the “content owners” can issue take-down notices when they spot piracy, but as long as Youtube or the like takes the stuff down (barring a counter-notification), Youtube can’t be held legally responsible.

The classic role of the record companies going back to the first years of rock was to sign up a good bar band, lock ‘em into a ghastly contract, get ‘em radio time, promote the hell out of their album(s), get ‘em concerts and pay them a relative pittance for the first few years. That was the norm.

That norm is breaking down because via Youtube and the like, brand new artists can connect directly with their audiences. The artist makes more money off of google adsense than they would as an obscure act on a large label, they can sell direct on iTunes or the like and they also sell CDs directly. Via the tracking on Youtube for number of views they build proof of their audience – which leads to either concert gigs and/or a contract with a record label that doesn’t rape them.