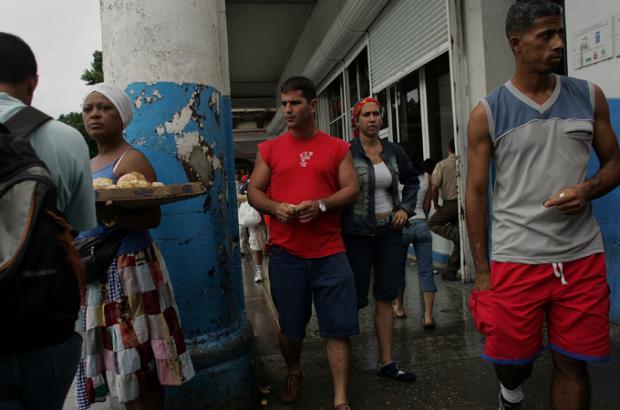 Leeds, United Kingdom - When the Cuban parliament met in Havana's Palacio de las Convenciones just before last Christmas, the main issue in the agenda was the plan of reforms launched in 2009 with the aim of renovating the economy of the island. The reforms, if limited, still constitute a way of opening up to the private initiative while finding a way around the US embargo that continues to linger over the island's destiny.

Fifty-two years after John F Kennedy's administration put the embargo in place, Cuba is still dealing with a world in which US institutions are, for the most part, unreachable. The IMF and the World Bank, for example, are no-go places. Having to depend on short-term loans with high interest rates has transformed the island into an international credit pariah, intensifying the deterioration of Cuba's economy.

In recent years, as Cuba has gradually emerged from the Special Period - the economic tribulations that followed the disappearance of the Socialist markets and Soviet subsidies on which Cuba depended - new measures have been taken to steer the ship in the right direction.

After Fidel Castro resigned in 2008 and his brother Raul became head of state, the process of economic reform stepped up a gear. With a well-educated, active labour force of almost five million people, most of whom were until recently on the government's books, Raul Castro began to privatise parts of the economy to foster growth.

Suddenly Cubans had new possibilities that, although restricted, gave them some respite. First, the new administration allowed all citizens who could afford them to have mobile phones and to buy and sell small private property (houses, vehicles, etc).

Then came the proliferation of small businesses, the distribution of unused land among farmers and more recently start-up credits were approved in order to stimulate the creation of even more new businesses.