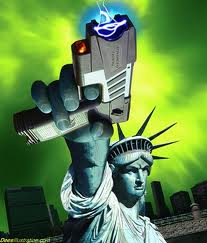 IN THE SUMMER OF 1905, labor radicals assembled in Chicago to found a new group — the Industrial Workers of the World (IWW). It operated in competition with the more conservative American Federation of Labor (AFL), then the most powerful labor group in the United States. As well as embodying socialism, the IWW embraced less-restrictive membership policies than the AFL. It actively organized and recruited among migrant workers, blacks, and immigrants, from whom it received enthusiastic support.

Leaders such as William “Big Bill” Haywood thought all workers should organize into a single industrial union to avoid the possibility of individual trade unions’ being pitted against each other. The IWW employed a grassroots approach: the executive was purposefully weak; membership was open to everyone; local strikes were encouraged. Thus, under American-born leaders, the IWW became the most prominent voice of immigrant workers, who were often snubbed by other labor organizations.

Conflict with authority was inevitable, even before World War I. Part of the reason was the IWW’s willingness to use bare-knuckle tactics, such as sabotage and violent confrontation with strike-breakers. But the unresolvable conflict was ideological. To the IWW, the government was a tool of capitalist exploitation. To the authorities, the IWW was a revolutionary organization that sought to overthrow the existing government.

Thus, when 165 IWW leaders were arrested in 1917, charges ranged from treason to the use of intimidation in labor disputes.