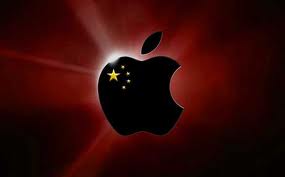 The last two days should have proved to everyone that the Chinese market is certainly the most enticing, and relatively unchartered, market for Apple. Yes, we know: rapidly expanding GDP per capita, massive middle class growth, increasingly opening up their telecommunications sectors, and blah blah blah.

What is more important is the telling signs from the last week of news about Apple in China, for no matter what Apple does, the Chinese still insanely crave their products.

After camping out in frigid temperatures throughout the night, hundreds of loyal fans were denied the chance to get their frozen paws on the new iPhone 4S because of supply chain disruptions, a situation that was wholly Apple’s fault. Naturally, hoards of people began to riot, throw a couple eggs, and get arrested in utter disgust. In what would be a customer service nightmare for any other company, 21-year-old Zhang Tao summed up the event perfectly, “I would still buy the iPhone, I will keep waiting for the store to open, I like the phone, so there’s no other way.”

China's Marxist "Profound Revolution" Is Here, And Nobody In The West Is Ready?