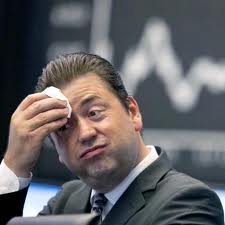 2012 is shaping up to be a very tough year for the global economy.  All over the world there are signs that economic activity is significantly slowing down.  Many of these signs are detailed later on in this article.  But most people don't understand what is happening because they don't put all of the pieces together.  If you just look at one or two pieces of data, it may not seem that impressive.  But when you examine all of the pieces of evidence that we are on the verge of a devastating global recession all at once, it paints a very frightening picture.  Asia is slowing down, Europe is slowing down and there are lots of trouble signs for the U.S. economy.  It has gotten to a point where the global debt crisis is almost ready to boil over, and nobody is quite sure what is going to happen next.  The last global recession was absolutely nightmarish, and we should all hope that we don't see another one like that any time soon.  Unfortunately, things do not look good at this point.

The following are 22 signs that we are on the verge of a devastating global recession....

#1 On Thursday it was announced that U.S. jobless claims had soared to a six-week high.

#2 Hostess Brands, the maker of Twinkies and Wonder Bread, has filed for bankruptcy protection.

#3 Sears recently announced that somewhere between 100 and 120 Sears and Kmart stores will be closing, and Sears stock has fallen nearly 60% in just the past year.

#4 Over the past 12 months, dozens of prominent retailers have closed stores all over America, and one consulting firm is projecting that there will be more than 5,000 more store closings in 2012.

#5 Richard Bove, an analyst at Rochdale Securities, is projecting that the global financial industry will lose approximately 150,000 jobs over the next 12 to 18 months.