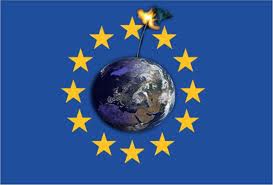 The European debt crisis has just gone to an entirely new level.  Just when it seemed like things may be stabilizing somewhat, we get news of huge financial bombs being dropped all over Europe.  Very shortly after U.S. financial markets closed on Friday, S&P announced credit downgrades for nine European nations.  This included both France and Austria losing their cherished AAA credit ratings.  When the credit rating of a country gets slashed, that is a signal to investors that they should start demanding higher interest rates when they invest in the debt of that nation.  Over the past year it has become significantly more expensive for many European nations to borrow money, and these new credit downgrades certainly are certainly not going to help matters.  Quite a few financially troubled nations in Europe are very dependent on the ability to borrow huge piles of cheap money, and as debt becomes more expensive that is going to push many of them over the edge.    Yesterday I wrote about 22 signs that we are on the verge of a devastating global recession, and unfortunately that list just got a whole lot longer.

Over the past several months we have seen quite a few credit downgrades all over Europe, but we have never seen anything quite like what S&P just did.  Standard & Poor’s unleashed a barrage of credit downgrades on Friday....

-France was downgraded from AAA to AA+

-Austria was downgraded from AAA to AA+

-Italy was downgraded two more levels from A to BBB+

-Malta was downgraded one level

-Slovakia was downgraded one level

-Slovenia was downgraded one level