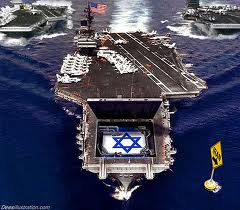 On Sunday, January 15, CNN reported that “The U.S. military has postponed planned military exercises with Israel ahead of a scheduled visit by the chairman of the Joint Chiefs of Staff.”

Is this a sign of cooler heads prevailing in Washington, or a bump in the road to the planned destination, World War III? At this stage, we can only guess.

At lobelog.com, Jim Lobe writes that “we’re seeing some serious distancing by the Obama administration from Israel’s provocations and possibly some serious interest in engagement with Iran, although the latter may be too hopeful a conclusion to reach.”

This shocking new development has made me question my views about U.S. intentions towards Iran, its fractured relationship with the renegade state of Israel, and the overall U.S.-Iranian crisis. This whole situation is just so confusing and crazy that it is hard to make my mind up about who are the villains in this drama, and who are the responsible adults.

In my article yesterday, I asked whether or not the U.S. government is telling the truth or not about the murder of another Iranian nuclear scientist by Israel. Did America have knowledge of Israel’s assassination plot, or not? Is it publicly denouncing this action, but quietly cheering them on? Is America on board with Israel’s broader terror operations? If not, then why is America on the sideline and watching Israel get away with murder? Is this a case of a good cop/bad cop con game? Or is it a marriage made in hell, and an ugly divorce is around the corner?