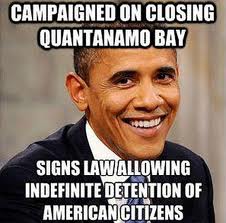 Attorneys Carl J. Mayer and Bruce I. Afran filed a complaint Friday in the Southern U.S. District Court in New York City on my behalf as a plaintiff against Barack Obama and Secretary of Defense Leon Panetta to challenge the legality of the Authorization for Use of Military Force as embedded in the latest version of the National Defense Authorization Act, signed by the president Dec. 31.
The act authorizes the military in Title X, Subtitle D, entitled “Counter-Terrorism,” for the first time in more than 200 years, to carry out domestic policing. With this bill, which will take effect March 3, the military can indefinitely detain without trial any U.S. citizen deemed to be a terrorist or an accessory to terrorism. And suspects can be shipped by the military to our offshore penal colony in Guantanamo Bay and kept there until “the end of hostilities.” It is a catastrophic blow to civil liberties.
I spent many years in countries where the military had the power to arrest and detain citizens without charge. I have been in some of these jails. I have friends and colleagues who have “disappeared” into military gulags. I know the consequences of granting sweeping and unrestricted policing power to the armed forces of any nation. And while my battle may be quixotic, it is one that has to be fought if we are to have any hope of pulling this country back from corporate fascism.