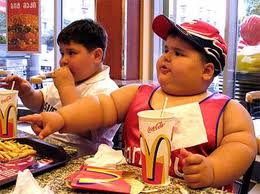 Big Brother is joining the battle of the bulge.

A group of Long Island students will soon be wearing controversial electronic monitors that allow school officials to track their physical activity around the clock.

The athletics chair for the Bay Shore schools ordered 10 Polar Active monitors, at $90 a pop, for use starting this spring. The wristwatchlike devices count heartbeats, detect motion and even track students’ sleeping habits in a bid to combat obesity.

The information is displayed on a color-coded screen and gets transmitted to a password-protected Web site that students and educators can access.

The devices are already in use in school districts in St. Louis and South Orange, NJ — and have raised privacy concerns among some parents and observers.

But Ted Nagengast, the Bay Shore athletics chair, said, “It’s a great reinforcement in fighting the obesity epidemic. It tells kids, in real time, ‘Am I active? Am I not active?’ We want to give kids the opportunity to become active.”

The monitors are distributed by Polar Electro, of Lake Success, LI, the US division of a Finland firm.

In the South Orange-Maplewood School District, where earlier versions of the devices have been used for two years, upper-grade students’ marks in phys ed are based in part on heart-rate monitors and activity sensors.

The "Experts" Will Not Save Us -- What Will?

Now farmers in Canada have joined the convoy of truckers and cars.

Crying as I watch footage of the truckers freedom convoy...

The Canadian Freedom Convoy: Blacked Out, Defunded, and Still Growing

Are We at the End of the Pandemic?