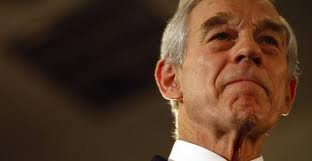 The dirty tricks campaign against GOP presidential candidate Ron Paul reached new heights during the South Carolina debate last night, with virtual exclusion from the first 40 minutes of the program, poisonous questions in the second half, and a cringe inducing situation during the post debate analysis where Fox pundits were forced to admit that Paul had completely wiped the floor with the other candidates.

During the post debate commentary, Fox reporter John Roberts blatantly excluded Paul from the charts and graphs he presented representing feedback from viewers.

The results of Twitter surveys on which candidate had most accurately answered questions and who had performed the best were displayed with Ron Paul’s name nowhere to be seen.

Almost one hour later, Roberts was called upon to go over the results one more time, after floods of complaints from viewers asking why Paul had been left out.

“John, you caused a fury in my world.” Fox anchor Harris Faulkner began. “I have a bone to pick with you. You left off Ron Paul.” she added, before Roberts attempted to slime out of the fact hat he had totally excluded Paul from his results tally by saying that because Ron Paul won by huge margins in every category, it was unnecessary to report on it!