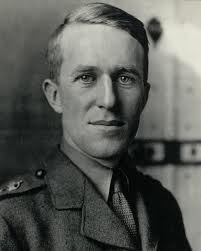 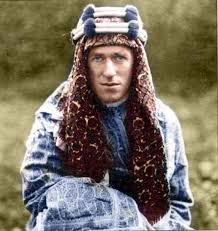 “Men have looked upon the desert as barren land, the free holding of whoever chose; but in fact each hill and valley in it had a man who was its acknowledged owner and would quickly assert the right of his family or clan to it, against aggression.”
- T. E. Lawrence

Vietnamese General Giap (who vanquished both the French and the Americans) was asked who his greatest influence was in conducting guerrilla campaigns in Vietnam in an interview with (soon to be infamous) French General Salan in 1946: “My fighting gospel is TE Lawrence’s Seven Pillars of Wisdom.  I am never without it.”  Nor am I and I keep a copy both at home and my office.  My copy at home is my dog-eared and duct taped copy from my former days in the Army.  I adore the book and have read it three times but it can be a hard slog for readers unfamiliar with the British idiom and not well acquainted with the history that led to the Arab Revolt.  For the best introduction I have found to the mess that is now the modern Middle East, read David Fromkin’s brilliant book:  A Peace to End All Peace: The Fall of the Ottoman Empire and the Creation of the Modern Middle East. 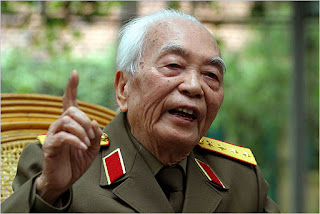 For those who won’t take the time to read it, the distillate of his teaching can be found in his 27 Articles.  Some are totally irrelevant to any fight we may concerned with in North America such as 10 but some, such as 12 and 22, are timeless and effective combat multipliers.  Lawrence, of course, was Arab-centric in his nostrums but many of these can be universally applied with a little intellectual effort.

Whether the central bankers like it or not, the EU fiat currency will collapse in the next six to twelve months and take the dollar with it.  This will lead to the hardest times America has known since the War of Northern Aggression tore the continent asunder in the nineteenth century.  Hard times will be a subtle way to describe it.  The US government will react in the same barbaric fashion it does in every crisis:  it will wage war abroad and on its own citizens and systematically strangle every notion of freedom and liberty remaining across the fruited plain.  It will clothe all of these noxious behaviors in the most patriotic tones and cries of threats to national security will scare the woolen-clad subjects into paroxysms of bleating and begging for coddling and protection from their masters.  There will be conflict on American soil again and the guerrilla style of conflict will soon be the only means of opposition for the few who fight for the right to be left alone.  However one anticipates your personal involvement in the emerging crisis, Lawrence provides the basic building blocks for seeing how that fight may be conducted.

I am a guest lecturer in Irregular Warfare and a number of readers have requested that I addressed this subject so I am finally getting around to it.  I will address the top ten tactical/operational/campaign books and manuals one should have in your library to illuminate the best and worst practices in insurgency and guerrilla warfare in Part II of this essay.

Nine-tenths of tactics are certain, and taught in books: but the irrational tenth is like the kingfisher flashing across the pool, and that is the test of generals.
- T. E. Lawrence