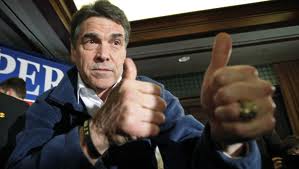 Turkey's Foreign Ministry released a scathing statement saying Perry's comments were "baseless and inappropriate" and that the United States has no time to waste with candidates "who do not even know their allies."

"We absolutely and fundamentally disagree with that assertion," spokesman Mark Toner said.

Perry, the Texas governor whose candidacy briefly soared when he entered the race in August but whose shine faded after a series of weak debate performances, said Turkey was ruled by "what many would perceive to be Islamic terrorists" and questioned the country's NATO membership.

In a debate ahead of the South Carolina primaries, he said Turkey was moving "far away from the country that I lived in back in the 1970s as a pilot in the United States Air Force that was our ally, that worked with us."