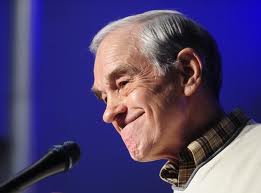 CHARLESTON, South Carolina—Ron Paul's presidential campaign has a message for Newt Gingrich, Rick Santorum, and Rick Perry after they failed to get on the Virginia ballot — "it's over."

The three candidates joined in a lawsuit seeking to challenge the signature requirement for the Virginia primary ballot, but were unsuccessful in winning the right to appear.

“It’s over,” said Ron Paul 2012 National Campaign Chairman Jesse Benton in a statement to the press. “Ron Paul, the candidate of real change, will face off against establishment flip-flopper Mitt Romney in the Virginia primary, making that that Tuesday less ‘super’ for serial hypocrite Newt Gingrich, counterfeit conservative Rick Santorum, and Rick Perry, who I should mention is marginally attached to the presidential race.”

Here is the full statement from the Paul campaign:

It's Over – Only Two Republican Candidates on Virginia Ballot
In the Commonwealth, real change candidate and Champion of the Constitution Ron Paul will face down establishment flip-flopper Mitt Romney
LAKE JACKSON, Texas – 2012 Republican Presidential candidate Ron Paul, the constitutionally-observant candidate of real change, will face down establishment candidate and notorious flip-flopper Mitt Romney in a head-to-head matchup in the Virginia primary.

The Fourth U.S. Circuit Court of Appeals denied four candidates’ appeals to appear on the ballot after their glaring failure to comply with the Commonwealth’s stringent, but widely-known, ballot access requirements.

1 Comments in Response to Paul Campaign To Newt, Santorum, Perry: “It's Over”

Funny Gingrich said that Perry and Santorum should quit now. Seems like Santorum tied for first place in Iowa...what has Newt done anywhere?