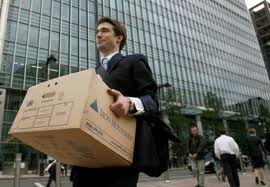 Finance tribunal opens to settle disputes ... Disputes arising from complex transactions can be put for possible resolution at the world's first international specialist finance tribunal from Monday. The Hague-based tribunal, funded by the Dutch government, aims to build up internationally recognised legal precedent in an area that can be opaque to even the most senior national judges who have previously heard disputes over credit derivatives, collateralised debt obligations or other exotic products that gained notoriety during the financial crisis. – Financial Times

Dominant Social Theme: Global justice is inevitable, and necessary. It's not totalitarian, mind you, merely part of the process of "rationalizing" the decision-making process so everyone knows where they stand.

Free-Market Analysis: "They" are at it again. Supposedly the Dutch government had the bright idea to create a global "financial tribunal." But who gets up in the morning and decides that what the world needs is a better way to resolve disputes about derivatives and other artificial securitized instruments?

The problem is NOT that there is no prestigious and final word from a judicial authority on these insane instruments. The problem is that they exist at all.

They are purely the flotsam and jetsam of central banking. By printing endless amounts of money from nothing, the great central banking families that control tens and even hundreds of trillions of dollars have entirely distorted the world's economy.

We call what has occurred "Dreamtime." It lasted for at least 100 years, throughout the 20th century, and during that time Western middle classes were convinced of the efficacy and necessity of the current system.

Putin Will Attend G20 Summit In Indonesia, Despite US Demands To Exclude Russian Leader