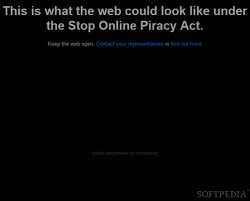 With a Web-wide protest on Wednesday that includes a 24-hour shutdown of the English-language Wikipedia, the legislative battle over two Internet piracy bills has reached an extraordinary moment — a political coming of age for a relatively young and disorganized industry that has largely steered clear of lobbying and other political games in Washington.

The bills, the Stop Online Piracy Act in the House and the Protect IP Act in the Senate, are backed by major media companies and are mostly intended to curtail the illegal downloading and streaming of TV shows and movies online. But the tech industry fears that, among other things, they will give media companies too much power to shut down sites that they say are abusing copyrights.

The legislation has jolted technology leaders, venture capitalists and entrepreneurs, who are not accustomed to having their free-wheeling online world come under attack.

This is the World Economic Forum 2030 Agenda