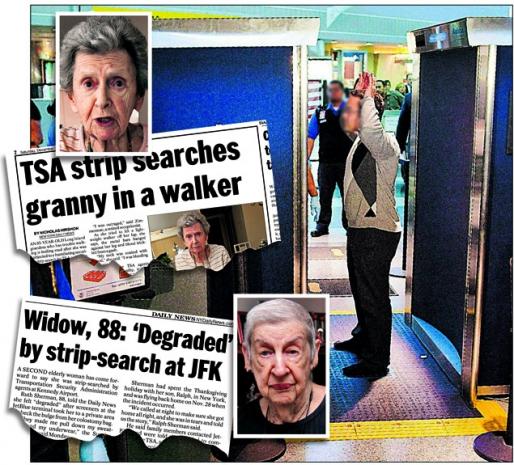 In an about-face, the feds have admitted wrongdoing in the cases of two elderly women who say they were strip-searched at Kennedy Airport by overzealous screeners.

Federal officials had initially insisted that all “screening procedures were followed” after Ruth Sherman, 89, and Lenore Zimmerman, 85, went public with separate accounts of humiliating strip searches.

But in a letter obtained by the Daily News, the Homeland Security Department acknowledges that screeners violated standard practice in their treatment of the ailing octogenarians last November.

“It is not standard operating procedure for colostomy devices to be visually inspected, and [the Transportation Security Administration] apologizes for this employee’s action,” Markey wrote.

The letter says that Sherman, who uses a wheelchair, was escorted into a private area after she voluntarily lowered her pants to show screeners the device.

In the private room, she was patted down and told to show agents the colostomy bag, the letter says.

Markey still maintained that the Florida-based Sherman was never asked to remove her clothing.