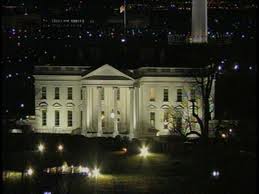 The White House was put into partial lockdown as a result, after the devices were found on the North Lawn.

"Smoking objects" were found "near the North Portico," an agent told Politico, although few other details were given. The Secret Service deployed a robot to check them out, FOX reported.

President Barack Obama and First Lady Michelle Obama were not in the White House at the time of the alleged incident, having visited a D.C. steakhouse a few blocks away to celebrate Michelle Obama's 48th birthday.

They returned shortly before 10:00pm, according to FOX.