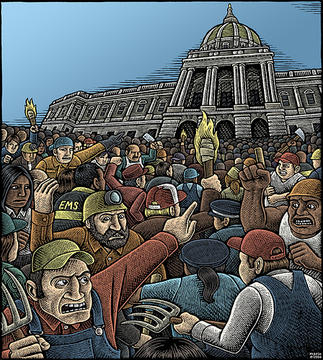 Join us for an Emergency NY Tech Meetup:
When: Wednesday January 18, 2012
Time 12:30-2:00PM
Where: 780 Third Ave (at 49th street) – outside the offices of New York Senators Charles Schumer and Kirsten Gillibrand

In coordination with NJ Tech Meetup.

The future of the NY tech community is in jeopardy. We are writing to call you to an Emergency NY Tech Meetup in New York on January 18 so that we can publicly demonstrate our collective dismay at the unprecedented attack currently being made on the Internet and our industry. We will gather at 12:30 pm outside the offices of Senators Charles Schumer and Kirsten Gillibrand at 780 Third Avenue (at 49th Street).

The Internet and information technologies have created a renaissance in startup innovation in New York that now rivals Silicon Valley as a hub for economic growth. Tens of thousands of New Yorkers have been inspired to become entrepreneurs creating thousands and thousands of new jobs and offering professionals in many of New York’s traditional industries the opportunity to start new careers participating in the 21st century global economy.

However, Congress is in the process of rushing through legislation which will not only severely damage the Internet as a marketplace and platform for entrepreneurship and open innovation, but will also seriously impact the ability of our New York tech community to continue to generate jobs, grow and flourish. Within the next two weeks, the US Senate is planning to bring the Protect Intellectual Property Act (PIPA) S.968 to the floor for a series of votes to ensure its passage.

More importantly, the legislation amounts to a wholesale re-engineering of the open web in a way that would allow the US government to prosecute Internet users without due process, which in turn would discourage innovation, limit investment, and hurt the our economic future. You can read and hear more about this dangerous and hurtful legislation here: fightforthefuture.org/pipa or americancensorship.org.

As much as we agree that infringing on copyrighted material should be eliminated from the web as much as possible, the cure that is being proposed and championed by the lobbying power of major copyright holding organizations like the Recording Industry Association of America (RIAA) and the Motion Picture Association of America (MPAA) will create a cure that is much worse than the disease and irrevocably damage the very nature of the internet and by extension, the future of New York.