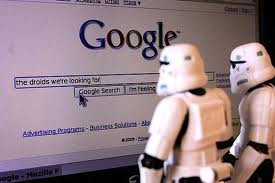 Amid significant pressure from tens of thousands of internet users and major web behemoths like Google, Facebook, and Reddit, the Stop Online Piracy Act (SOPA) is, in its current form, Dead on Arrival:

Misguided efforts to combat online privacy have been threatening to stifle innovation, suppress free speech, and even, in some cases, undermine national security. As of yesterday, though, there’s a lot less to worry about.

The first sign that the bills’ prospects were dwindling came Friday, when SOPA sponsors agreed to drop a key provision that would have required service providers to block access to international sites accused of piracy.

The legislation ran into an even more significant problem yesterday when the White House announced its opposition to the bills. Though the administration’s chief technology officials officials acknowledged the problem of online privacy, the White House statement presented a fairly detailed critique of the measures and concluded, “We will not support legislation that reduces freedom of expression, increases cybersecurity risk or undermines the dynamic, innovative global Internet.” It added that any proposed legislation “must not tamper with the technical architecture of the Internet.”

Though the administration did issue a formal veto threat, the White House’s opposition signaled the end of these bills, at least in their current form.

Sourced From Washington Monthly via The Daily Sheeple

It will still all be passed piecemeal within 18 months I'd bet.

The White House also issued an official veto threat against that "National Defense Authorization Act" but Obama went ahead and signed it.

Oh Don't Worry... it'll be back soon in the name of "Saving the Internet for the Children Act".