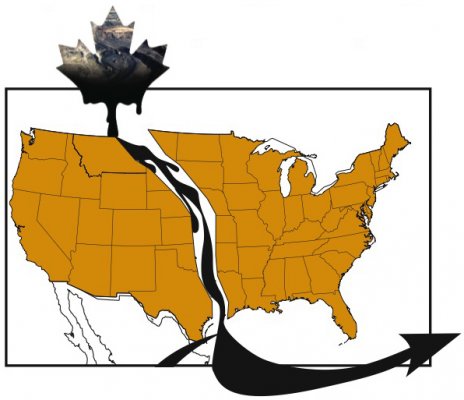 The Obama administration will formally reject the permit for the controversial Keystone XL pipeline Wednesday, multiple media outlets are reporting.

The official announcement is expected to come from the State Department later this afternoon, but those in the know have already leaked the news to the likes of the Washington Post, Politico and others.

While the State Department will formally reject TransCanada's application to build a $7-billion pipeline that would pump crude oil from the Alberta tar sands all the way to the Gulf Coast, the administration will leave the door open for the energy company to develop an alternative route and then reapply for the necessary federal approval at a later date.

Under pressure from environmentalists and Nebraska residents and officials, the State Department announced in November that it would look into a new route for the controversial pipeline. At the time, it appeared as though that announcement would punt the politically-charged decision until after the 2012 elections, but pipeline backers in Congress forced the president's hand by inserting a Feb. 21 deadline for a decision in the year-end deal on the payroll tax extension.

For opponents of the pipeline, one of the biggest issues was that the project would have run above the Ogallala aquifer, which supplies a large swath of the Midwest with fresh water for irrigation and drinking. Environmentalists also oppose the pipeline wholesale, noting the impact of tar sands oil on the global climate. Backers of the pipeline, meanwhile, argue that it is necessary to decrease the nation's dependence on Middle East oil and to help spur domestic job creation.