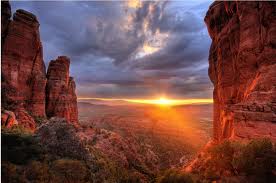 Right when we should be CUTTING spending (not just the rate of increase, but ACTUAL spending) and lowering taxes, certain elements of the RNC and “think tanks” are angling not just to keep existing spending and taxes going but ADD an entirely NEW federal tax for us to pay.

What the heck is going on, aren’t we in the midst of a teaparty?

=====
Is a European Style VAT Tax the GOP’s Answer to the Growing Federal Funding Crisis?
(article, click here)
With all the GOP candidates fussing over Mitt Romney and his track-record at Bain Capital, does it not strike anyone as odd that none of them are putting the screws to the Massachusetts Republican in debates over his unwillingness to rule out a European-style Value Added Tax (VAT)?

While Romney says he doesn’t want to go down the path of European socialism, in a recent Wall Street Journal he did not rule it out and even suggested that it might be an option.
The lack of clarity on this subject is ominous given that a VAT is probably the only way to come close to funding the federal government at its current levels of outrageous spending. Since none of the other candidates are forcefully calling Romney out on the VAT issue, I suspect an eventual Republican betrayal on establishing a VAT tax is likely.
As a reminder, a VAT would tax goods at ALL layers of production, from their origin as raw material to manufacture to final product.
Rising levels of federal deficit spending create momentum toward the VAT “solution.” Debt-addicted central governments in Europe and the United States have no intention of dealing with the true causes of the financial crisis.
To get to a VAT from here, all the political class needs to do is wait around for a “responsible” Republican to come around and act as a tax collector for the welfare state. My point is the Big Government people have already established the new unsustainable spending baselines.   All they need now is a gullible Republican to come in and “do something.” Paralysis and dysfunction are their friends, because it will lead to a crisis that may well result in the imposition of the VAT tax.
=======
Interestingly, the imposition of a VAT by the federal government is currently illegal and unconstitutional.
So, how do they implement it?
VOILA?  There is a simultaneous call by (deluded) state legislators for a constitutional convention for a “balanced budget amendment”.
So, what does “balanced budget” mean?  To you, me, the teaparty, and normal people it means to bring spending in line with revenues.  I.e. don’t spend more than you have.
But once you enter the twisted mind of a politician, “balanced budget” means RAISING REVENUE to match the amount of money you WANT TO SPEND.
Since
a) imposition of a VAT by the federal government is now illegal and unconstitutional,
b) congress and certainly our state legislature lacks any will or spine to CUT REAL spending (not just rates of increases), and
c) it requires a constitutional amendment to pass this new tax,
there is no other conlcusion to draw than this travesty certain state legislators want to desecrate our God-inspired constitution with will lead to anything other than a new federal tax to meet spending targets the government wants to achieve.
Frankly, any state legislator who believes otherwise is an idiot.  (Yes, I just called you that.  Embrace it.)  A real Republican would be withholding remittance of tax receipts to the federal government, not empowering the federal government to levy yet another tax from Arizonans.
The fact that Republicans are behind this one is disgusting and only proves that RINO hunting should be an active and ongoing endeavor by any real American patriot.
Our God-inspired constitution is just fine, thank you.    Leave it alone.