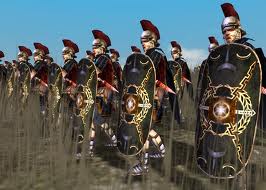 Pete Kofod writes: Much attention has been paid to the “disappearing middle class” and the “vanishing American Dream.” While the observations are largely accurate, they are also misleading. The traditional three-tier model of the upper, middle and lower class broadly categorizes people according to income and net worth. One significant problem with this model is that membership in any particular class is very much in the eye of the beholder. One man’s “scraping by” is another man’s “opulent living.” This subjective and arbitrary grouping and boundary assessment inevitably gives rise to the simmering class warfare that is starting to rear its ugly head in many Western countries. Such categorization is therefore meaningless at best, if not outright deceptive as it conflates a variety of economic actors.

The chief fallacy of this model rests in the fact that it focuses on how much those actors are compensated, as opposed to how and why they are compensated. A far better perspective is perhaps gained using two classes, the Political Class and the Economic Class, with a third class emerging.

The Butcher, the Baker, the Candlestick Maker – The Economic Class

The Economic Class, at least in the United States, has historically been the numerically dominant group, although in recent decades its dominance has noticeably waned. The economic class would traditionally be called the Private Sector, but even that term has become misleading for reasons we will delve into later in this article.

Members of the Economic Class provide goods and services that are voluntarily sought by consumers and paid at rates that the market will bear. In an unfettered environment, the economic class would count farmers, engineers, coal miners, artists, physicians, janitorial staff, security guards, merchants and company executives among its membership. They participate freely and competitively in the market place, using the economic principles of Division of Labor and the Law of Comparative Advantage to increase the wealth of society as well as improve their personal position. Capital, entrepreneurial and human resources are brought together collaboratively to meet the needs of the market place. This is standard Economics 101 fare and hopefully generates little controversy among the readership. The important factor defining Economic Class membership is not the amount of money a person earns but rather their participation in the free and open market.

The Lazy Highwaymen – The Political Class