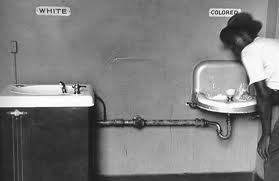 I have something for you.

In June 2010, I wrote in this space about a book, "The New Jim Crow," by Michelle Alexander, which I called a "troubling and profoundly necessary" work. Ms. Alexander promulgated an explosive argument. Namely, that the so-called "War on Drugs" amounts to a war on African-American men and, more to the point, to a racial caste system nearly as restrictive, oppressive and omnipresent as Jim Crow itself.

This because, although white Americans are far and away the nation's biggest dealers and users of illegal drugs, African-Americans are far and away the ones most likely to be jailed for drug crimes. And when they are set "free" after doing their time, black men enter a legal purgatory where the right to vote, work, go to school or rent an apartment can be legally denied. It's as if George Wallace were still standing in the schoolhouse door.
"The New Jim Crow" won several awards, enjoyed significant media attention, and was an apparent catalyst in the NAACP's decision last year to call for an end to the drug war. The book was a sensation, but we need it to be more. We need it to be a movement.