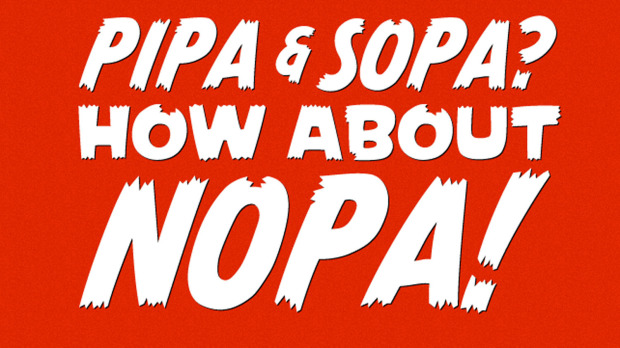 Massive popular opposition to the Stop Online Piracy Act (SOPA), which establishes a new censorship regime across websites in the United States, is set to turn broad swathes of the Internet black on Wednesday, with over 7,000 websites poised to shut down in protest of the bill.

The unexpected level of public criticism has taken Congress entirely by surprise, and has officials scrambling to revise the bill just enough to get the major Internet companies it threatens to stop their public opposition. Despite that, experts say a compromise is “unlikely” since the level of censorship sought by certain industries is so massive.

Indeed, the very act of protesting against the censorship of the Internet has enraged industry leaders, with the RIAA’s spokesman terming the planned protests a “dangerous and troubling development” while adding that it was not a “positive development for a democracy,” adding that they hoped Congress would just ignore the protests and pass the bill anyhow.

This would be in keeping with Congress’ usual strategy, which has been to extend intellectual property laws whenever and however the RIAA and assorted other groups want. Still, the prospect that SOPA may cost backers their seats in the 2012 election has many rethinking their endorsements.

Rep. Lamar Smith (R – TX) and Sen. Patrick Leahy (D – VT), the authors of the respective House and Senate versions insist that the protests are just a “stunt” and that they will continue to push forward the bill, with Leahy insisting that SOPA will save “billions of dollars.”

Yet despite this confidence the indications are that the protests have had a real impact and that SOPA will be “shelved,” at least temporarily, in the hope that the bill can be revisited once the public forgets about it.

Google Will Block Some Search Suggestions to Fight 'Election Misinformation'

5G Opponents Are Not Luddites

YouTube's AI removed 11.4 MILLION videos between April and June due to violent or abusive conten

Why closing the broadband gap is more critical than ever

Zoom is working again, even if you're not