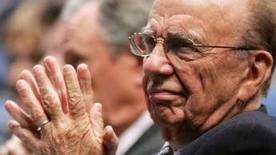 In settlements whose financial terms were made public, amounts generally ran into the tens of thousands of pounds (dollars) - although Law received 130,000 pounds (about $200,000) to settle claims against the now-shuttered News of the World tabloid, and its sister paper, The Sun.

News Group Newspapers admitted that 16 articles about Law published in the News of the World between 2003 and 2006 had been obtained by phone hacking, and that the actor had also been placed under "repeated and sustained physical surveillance." The company also admitted that articles in The Sun tabloid misused Law's private information - although it gave no further details.

Law was one of 60 who have sued News Group Newspapers after claiming their mobile phone voicemails were hacked. Other cases settled at London's High Court on Thursday include those of former government ministers Chris Bryant and Tessa Jowell, former Deputy Prime Minister John Prescott, ex-model Abi Titmuss and Sara Payne, the mother of a murdered girl.