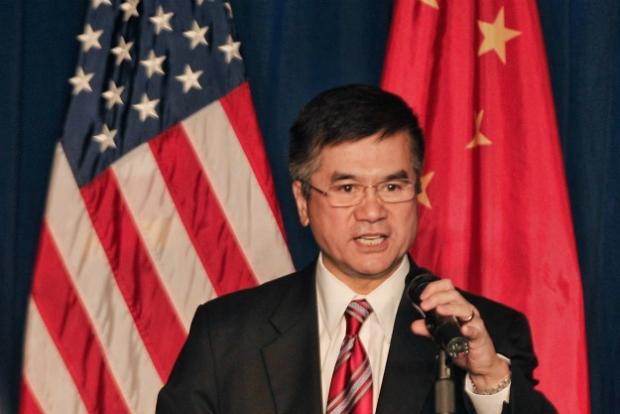 The Chinese people are increasingly frustrated with the Chinese Communist Party and the political situation in China is "very, very delicate," U.S. Ambassador to China Gary Locke said on Wednesday.

"I do believe that there is a power of the people, and there is a growing frustration among the people over the operations of government, corruption, lack of transparency, and issues that affect the Chinese people on a daily basis that they feel are being neglected," Locke told NPR's Steve Inskeep during a Wednesday interview, part of a media blitz Locke is conducting during his visit to Washington.

"Do you think that the situation is fundamentally stable in China right now?" Inskeep asked Locke.

"I think, very delicate -- very, very delicate," Locke responded. "But there were calls earlier this year for a Jasmine Revolution and nothing came of it. I think it would take something very significant, internal to China, to cause any type of major upheaval."

Locke said that since he took over the ambassadorship from former GOP presidential candidate Jon Huntsman, he has become aware of public demonstrations large and small throughout China that ordinary people were using to pressure the government to address their grievances. He singled out a recent protest in the southern Chinese city of Wukan over the confiscation of land without reasonable compensation.