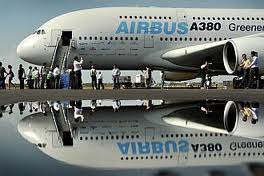 (Reuters) - Airbus (EAD.PA) said on Thursday it had discovered more cracks in the wings of two A380 superjumbo aircraft but insisted the world's largest jetliner remained safe to fly.

The announcement comes two weeks after tiny cracks were first reported in the wings of the 525-seat, double-decker aircraft, which entered service just over four years ago.

"Airbus confirms that some additional cracks have been found on a limited number of non-critical brackets ... inside the wings of some A380s," the planemaker said in a statement.

"Airbus emphasizes that these cracks do not affect the safe operation of the aircraft."

The latest cracking problem was discovered in two aircraft during a routine two-year inspection, an Airbus spokeswoman said. She declined to name the operators of the aircraft.