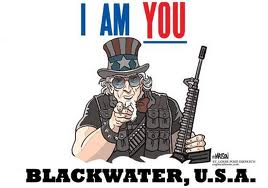 “Of all the enemies to public liberty war is, perhaps, the most to be dreaded because it comprises and develops the germ of every other. War is the parent of armies; from these proceed debts and taxes… known instruments for bringing the many under the domination of the few.… No nation could preserve its freedom in the midst of continual warfare.”—James Madison

America’s troops may be returning home from Iraq, but contrary to President Obama’s assertion that “the tide of war is receding,” we’re far from done paying the costs of war. In fact, at the same time that Obama is reducing the number of troops in Iraq, he’s replacing them with military contractors at far greater expense to the taxpayer and redeploying American troops to other parts of the globe, including Africa, Australia and Israel. In this way, the war on terror is privatized, the American economy is bled dry, and the military-security industrial complex makes a killing—literally and figuratively speaking.

The war effort in Iraq, Afghanistan and Pakistan has already cost taxpayers more than $2 trillion and could go as high as $4.4 trillion before it’s all over. At least $31 billion (and as much as $60 billion or more) of that $2 trillion was lost to waste and fraud by military contractors, who do everything from janitorial and food service work to construction, security and intelligence—jobs that used to be handled by the military. That translates to a loss of $12 million a day since the U.S. first invaded Afghanistan. To put it another way, the government is spending more on war than all 50 states combined spend on health, education, welfare, and safety.