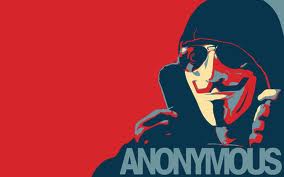 Anonymous has sure been quiet lately, but today's federal bust of Megaupload riled 'em up good: a retaliatory strike against DoJ.gov (and plenty of other foes) leaving them completely dead.

DownForEveryoneOrJustMe.com is reporting the department's site as universally nuked, and an Anonymous-affiliated Twitter account is boasting success. This is almost certainly the result of a quickly-assembled http://gizmodo.com/5709630/what-is-loic">DDoS attack—and easily the widest in scope and ferocity we've seen in some time. If you had any doubts Anonymous is still a hacker wrecking ball, doubt no more.

The combination of the hacking nebula's SOPA animosity—they've been a vocal opponent of the bill since its inception—combined with today's sudden Megaupload news has made the group bubble over: hundreds upon hundreds of Anon operatives are in a plotting frenzy, chatting about which site will go down next. In Anon's eyes, the government and media interests are responsible for the undue destruction of Megaupload (and the arrest of four of its operators), so it'll be exactly those entities that're feeling the pain right now. Pretty much every company that makes movies, TV, or music, along with the entirety of the federal government, is in Anonymous' crosshairs.

Update: Anonymous says they've also knocked off the RIAA's site—looks down for us at the moment as well.