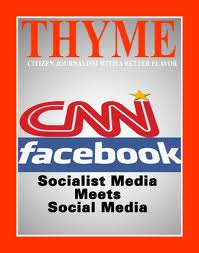 NORTH CHARLESTON, S.C. — There is growing consternation in Republican circles and among conservatives over why Republicans keep allowing the various Communist, leftist and otherwise anti-American TV networks to host GOP debates.

The ickiness of Diana Sawyer asking questions in her cloying voice is more than most can bear. The utter cluelessness of the questions these people think actual American voters care about is mystifying. The shameless and ham-handed pandering to conservatives by the networks is revolting.

Indeed, the entire phoenix rising candidacy of former House Speaker Newt Gingrich can be attributed to America’s abject hatred of the left-wing media. He was destitute and written off by the press when he tapped into one of the most visceral political reactions coursing through the veins of regular Americans. And once be began beating up the media, America gathered around him.

1 Comments in Response to HURT: Why use ‘despicable,’ clueless left-wing media to moderate GOP debates?

I find this alleged concern to be nothing but continued propaganda.  I don't get any logic out of the Democratic side and haven't for years but I've realized I'm getting the same thing out of the Republican side.

Key question.  "Why do we have only two sides that control everything?"  Most important question, "Why do the People allow this to happen?"

Driving down the road today, Friday January 20th, I turned on Fox New Radio and here was Sean Hannity complaining about how the Media was so biased against Republicans.  Meanwhile, the Fox News hosts have been on a tirade against one of their own, namely Ron Paul.  Curious thing though is that these Fox News hosts don't want to consider themselves as Media.  What?

It's NOT ok for those so-called Liberal Media pundits to trash Republicans but it's OK for these self-aggrandized NON-MEDIA "SO-CALLED CONSERVATIVES" to trash one of their own.  What a bunch of Hypocrites and so blatant.

I also listened to what these Fox News hosts refer to as the "Great One", namely Mark Levin, go absolutely lunatic screaming over the airwaves just over the mention of Ron Paul claiming Ron Paul is not a Conservative.  The reason?  Because Ron doesn't back their War Mongering.  And all Paul wants to do is to bring the troops and money home to protect the American People.  I think Mark Levin would have made Hitler look like a wuss if he was in charge.  Go get em "Oh thou Great One" LOL.  What a joke.

This comes down to whether the American People are going to tolerate this kind of Propaganda control or not.  This message also is meant for those so-called Republican Conservatives that I experienced in the 2007-08 campaign who just did what they were told and could not think for themselves.  They wouldn't even spend the time to go research the facts.  They just did what they were told.  Well you so-called Conservatives whom I thought I was a part gave us what we got...Obama and the Marxist regime that you continue to allow because all you can do is listen to these bought and paid for Propagandists.  Limbaugh, just enjoy your millions you've bilked from your own People especially in Missouri.  You all need to fade away.  You Marxists should pay heed to because you're in the same boat.

People must understand that there are only 6 Corporations that control the entire Media.  Fox News is one of those and all their alliances overlap each other.  It's an organized control oligarchy.  Rush, Sean, Mark, etc... are just play actors.  Just like law enforcement and the rest.  They just want their paycheck and don't give a damn as long as their family is going to be ok.  Screw the rest.

Well, so be it!  If the People of America and the World are going to allow this International Monetary Monopoly/Oligarchy/Fascist/Corporate cabal to bring down civilization so they can grab more SO BE IT!  If the People are that stupid then may the Lord come smashing down on the entire world for our ignorance.

I am NOT an American, nor citizen of the United States, nor Native American, nor German-American, Italian-American, Irish-American, African-American...blah, blah, blah!  I am that I am because I was created by my Creator and the rest of this crap is for the...do I need to go through it again?

Time to grow up boys and girls.