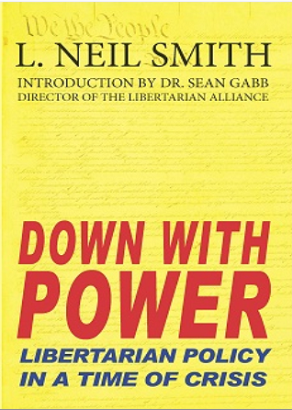 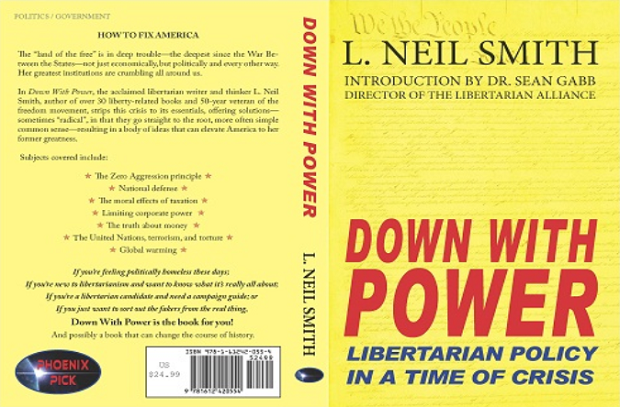 9/11 changed nothing. Politicians still lie, cheat, and steal for money and power. Ordinary people still struggle every day to defend rights that were supposed to have been guaranteed.
—L. Neil Smith

In his 1992 film Freejack, which is concerned, in part, with an unusual kind of virtual reality, Anthony Hopkins, whose reality it is, invites the protagonists to explore it with the words, "Welcome to my mind". In a way, that's the invitation that I'm offering here, except that, unlike my novels, there is considerably more than one mind involved.

You may encounter some today who call themselves libertarians, yet reject the positions I lay out in this book. This is an unfortunate result, in part, of the Libertarian Party's maniacal attempt to build a "bigger tent", over the past couple of decades, by the simple, if self-defeatingly stupid, tactic of watering down what libertarians have always believed until they deemed it acceptable to those who are not libertarians. Yet there remains within the movement—as opposed to the party—a core of strong individualists who value principle over expedience, understanding that their way will lead to eventual victory, while in the long run, the other is a recipe for political suicide.

When somebody tells you that he or she is a libertarian, and asks you for your vote (because that, above all, is what the waterers-down are all about, and to hell with any other consideration) ask him or her where he or she stands on the issue of private gun ownership, on children's rights, on ending the War on Drugs, on putting an end to the policy of dropping bombs on pregnant widows and 10-year-old goatherds in the Third World, or on the absolute moral obligation of any party that calls itself libertarian to abolish all taxation, forever.

Their answers, or the lack thereof, will tell you whether these are real libertarians that you've talking to or merely "LINOs"— libertarians in name only. Their destructive presence—the Libertarian Party's 2008 presidential candidate is one such specimen -- is one of the reasons I believed it was necessary to write this book.

But I have digressed, as you will find I do from time to time.

Since no one hardly 'reads' anymore, this will not be realized for what it is until the movie comes out...