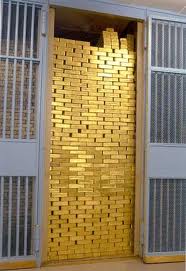 I have posted a video of something I thought I would never see: all five of the Republican candidates for the U.S. Senate verbally demanding an audit of the Federal Reserve System. You can see it here  (or watch video below).

From the November 1910 secret meeting at Georgia's Jekyll Island until Ron Paul's 2007 candidacy for the Republican nomination for President, The Federal Reserve had received a free ride from Congress. There had never been much oversight. That's because FED regulation was an oversight. (The same word is used to convey opposite meanings.)

The Texas Leftist-populist Democrat Wright Patman had been a critic. He had been the chairman of the House Banking Committee until 1975, a year before Paul arrived in Congress. He was a Greenbacker: a believer in a zero-interest economy that achieves this Utopian goal through the use of fiat paper money. Patman was not able to generate much interest in the FED.

Patman did inflict one major wound on the FED. He and California Congressman Jerry Voorhis, another Greenbacker, in the early 1940s persuaded Congress to pass a bill, which Roosevelt signed, that forbids the Federal Reserve from keeping the interest payments from the government bonds it has counterfeited fiat money to purchase. Today, the FED must return to the Treasury all of this money beyond its operating expenses. For 2011, the FED will pay back $77 billion.
Ron Paul's Spirit Visits the Texas Republican Senatorial Debate:

2 Comments in Response to Auditing the FED's Gold

Is this the reason why Bernanke "yawns" when Ron Paul "lectures" him in Congress what money policy should be [?] and always asks the Congressman to repeat the question? He must be asleep while listening to Ron Paul’s "economics".

Ron Paul’s questions to monetary expert Dr. Bernanke like the return to "gold standard", inflation as bad to the economy, etc. are totally boring. While in college, I learned from my economics professor that there will never be a return to the gold standard, and inflation is needed to lift up a depressed economy. Inflation is not all that bad as our street economist Ron Paul pictured it to be. Why is this an open secret to bonafide economists, I agree that you must go to school to know. You cannot know this by delivering babies like Dr. Ron Paul do [he said so in the NH and SC GOP debates].

This leftist movement to "audit" the Federal Reserves is like punching the Moon. Texas Leftist-populist Democrat Wright Patman had been punching the Moon to no avail. When nobody seemed to notice him, he retired into the dusbin of history as a discredited Chairman of the House Banking Committee. His critics described him as a raving politician from a "nuthouse". That was one year before Ron Paul arrived in Congress and replaced him.

This audit-the-Fed rant that Ron Paul took over from Patman, will never come to pass. Why? It is against the very nature of the Fed as created by Congress in 1913.

Whatever the Fed possessed is by law already subject to existing GAO audit.

Now understand this very well: What CANNOT be audited is the Fed’s MONETARY POLICY and HOW THAT POLICY IS IMPLEMENTED BY THE FED.

This statutory inhibition is meant to maintain the INDEPENDENCE of the Fed, and to PREVENT economic collapse as a result of panic in the financial market.

Rationale: The INDEPENDENCE of the Fed will be compromised if the Fed’s monetary policy is under the influence [audit] of politicians in Congress. If you multiply the number of Ron Pauls in Congress, you can imagine what havoc this will do to the nation’s monetary and financial system.

Panic will grip the land if politicians who are after the limelight compete with Ron Paul in declaring their suspicion that money deposited in banks is being pirated by the Fed [Ron Paul’s standard attack of the Fed]. Can you imagine those simultaneous bank-runs across the country that would destroy the nation’s whole financial system?

Make a guess, and make my day!