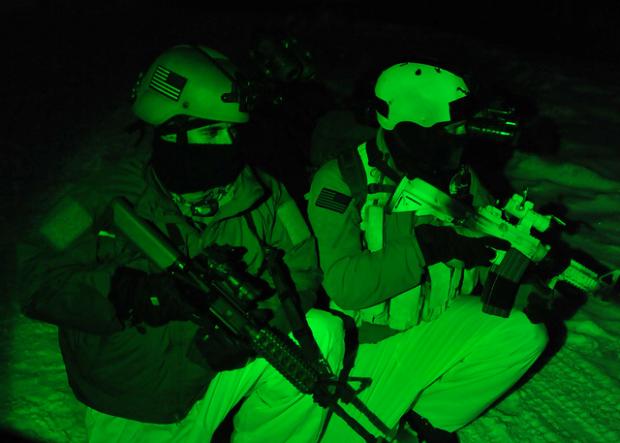 Tensions between the U.S. and Iran are at a high point, as the Islamic Republic threatens to close off a vital waterway and two U.S. aircraft carrier battle groups sit in the seas off the Iranian coast. But across the Persian Gulf, the U.S. has a previously unacknowledged weapon in reserve: a new special operations team.

Danger Room has confirmed with the U.S. Special Operations Command that a new elite commando team is operating in the region. The primary, day-to-day mission of the team, known as Joint Special Operations Task Force-Gulf Cooperation Council, is to mentor military units belonging to the U.S.’ oil-rich Arab allies, who collectively are known as the Gulf Cooperation Council. Those Arab states consider Iran to be their primary foreign threat.

The task force provides “highly trained personnel that excel in uncertain environments,” Maj. Rob Bockholt, a spokesman for special-operations forces in the Mideast, tells Danger Room, and “seeks to confront irregular threats.” The U.S. military has not previously acknowledged the existence of the team, known as JSOTF-GCC for short.

The unit began its existence in mid-2009 — around the time that the Iranian leadership rejected President Obama’s offer of a new diplomatic dialogue and underwent a serious internal challenge to its legitimacy from Green Movement protesters. But whatever the task force does about Iran — or might do in the future — is a sensitive subject with the military.