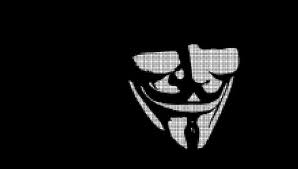 Money insider Charles Ortel has warned that a worsening economic picture across the globe will see civil unrest hit the streets of America, not on behalf of leftist OWS types, but by an armed, “irascible and vocal Majority”.

Ortel, a managing partner with Newport Value Partners, LLC in New York City, predicts that a failure of the so-called financial recovery will precipitate “A painful re-calibration of economic strength and geo-political standing during 2012 in the midst of widespread civil insurrection and cross-border war.”

Noting that Americans’ access to firearms will cause such riots to be bloodier than anything seen in Europe, Ortel predicts that a contented and silent Majority will be turned into “an irascible and vocal Majority,” as a result of numerous macro-economic and geo-political threats facing the country, including the collapse of the euro, the bursting of the financial bubble in China, and the looming debt crisis, all of which will contribute to weak economic growth.

2 Comments in Response to Money Insider: US Will See Violent Civil Unrest In 2012

If someone wants to actually bet on this, we could start an event on intrade. I you wish to buy shares that that will happen a 4.00 a share, I will sell them to you. That means that if it happens that you win 10.00 and if it does not happen then you loose the 4.00 I do not expect any takers. Really, this is just such crap.

What just might become 10 times worse than the scenario projected by this article? Here's what.

Presently, the Big Boys who are trying to rule the world, are doing it in America mostly through deceptive means. They are doing it this way because they understand that chaos doesn't help them rule. Rather, chaos destroys their ability to control and "swindle" the masses. But what will they do when chaos is the only thing that is going to happen no matter what they can do?

Currently, they are the ones with the money. They are the ones who hold control of the machine shops and military facilities that manufacture the arms and weapons. Chaos won't come all at once, all at the same time. for awhile they will retain some major semblance of control, even if that control is doomed.

When they realize that their control is really doomed, they will become the ones who will cause the most violence, just to retain whatever control that they can. So, what's the point of saying this?

Freedom can't help but win. But the "growing pains" of new-found freedom are going to be, well, painful. Arm yourselves more than ever. Get to know your neighbors well. Form friendships, and group with people you can trust to guard your back. Because this whole thing just might turn out to be way more bloody than anyone might guess.

The peace that we have right now is the thing that can easily deceive us into thinking that the above might not happen. Yet, when it does happen, much of the ability of anyone to prepare will be lost. It will be too late.