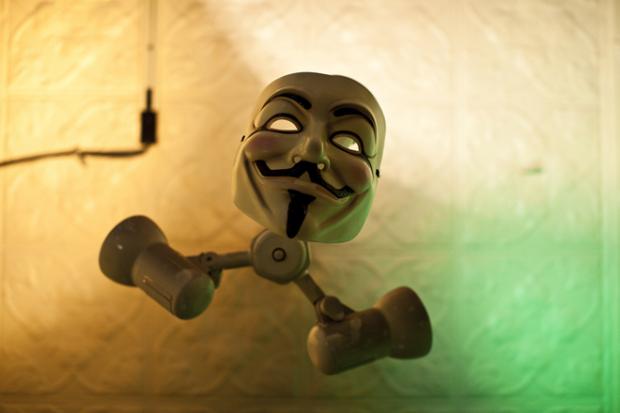 A version of Anonymous’ voluntary botnet software, known as LOIC (Low Orbit Ion Canon), was modified to make it not so voluntary, drafting unwary bystanders, journalists and even anons who don’t support DDoS tactics into attacks on the U.S. Justice Department. Thursday’s trickery seems not to have been central to the successful takedown of sites like justice.gov, RIAA.com and MPAA.com, but not all anons are pleased with forcing unwitting bystanders to join in a potentially illegal action.

The trick snagged those who happened to click on a shortened link on social-media services, expecting information on the ongoing #opmegaupload retaliation for the U.S. Justice Department’s takedown of popular file sharing site Megaupload. Instead they were greeted by a Javascript version of LOIC — already firing packets at targeted websites by the time their page was loaded.

Several anons speaking to Wired on condition of anonymity voiced dismay that a tactic they consider to be the modern-day equivalent of a sit-in (denial-of-service attacks leave no lasting damage) was ethically corrupted by the new version.

“Preying on unsuspecting users is despicable,” said one anon, speaking to Wired in an online chat. “We need to fight for the user, not potentially land them in jail.”