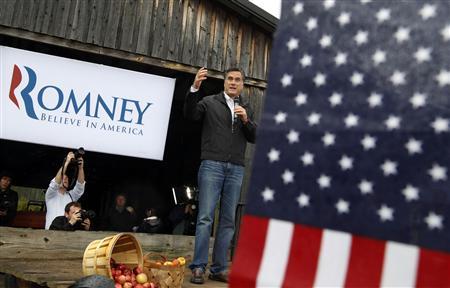 (Reuters) - With the crucial Republican presidential primary in South Carolina just hours away, front-runner Mitt Romney on Friday lowered expectations for how well he will do and acknowledged he is in a neck-and-neck race with Newt Gingrich.

"Speaker Gingrich is from a neighboring state, well-known, popular in the state, so I knew we'd have a long road ahead of us, and frankly to be in a neck-and-neck race at this last moment is kind of exciting," Romney told reporters.

Polls show Gingrich, who is from Georgia and is former speaker of the House of Representatives, gaining on Romney. The former Massachusetts governor's attempt to launch a knockout blow in the nomination race by winning the conservative southern state on Saturday is now in doubt.

Romney had another mixed debate performance Thursday night when he struggled to fend off queries about releasing his tax returns, after acknowledging this week that he pays a much lower tax rate than many working Americans. The former executive has an estimated worth of $270 million.

Poor  Oven Mitt.  How much can he lower his expectations?  Next, he'll be lowering his pants too.  Oops, never mind that, I forgot he's got that magic underwear under his phoney duds.