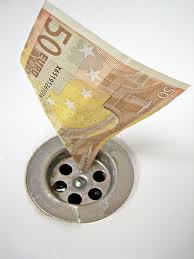 Italy is being pushed into depression by monetary union ... There is no clearer indictment of the dysfunctional nature of monetary union. ... Criminal. Obviously, Italy and Germany can no longer share the same monetary policy. Ergo, Germany should leave EMU, pronto. The Banca said Italy's economy contracted by 0.5pc in the last quarter of 2011. It will shrink by a further 1.5pc this year, with no growth in 2013. This is a direct result of the misguided pro-cyclical austerity polices imposed by Angela Merkel and the ECB – the infamous Trichet letter – without offsetting monetary and exchange stimulus. – UK Telegraph/ Ambrose Evans-Pritchard

Dominant Social Theme: The EU just isn't working. What a mess. Who could have foreseen it?

Free-Market Analysis: One of our favorite mainstream journos, Ambrose Evans-Pritchard, writes in his Telegraph blog page that the current EU monetary union is bankrupting Europe.

Good for him. More and more evidently, it's true. The question is, then, why insist on it? The facts are coming clear in countries as disparate as Spain, Greece and even Hungary. Italy's growth is obviously shrinking, he writes, and this is a direct result of Europe's absurd "austerity measures."

These austerity measures are not an after-thought, by the way, but a bedrock fundamental of the EU's approach. Evans-Pritchard refers to a letter from former top European central banker, Jean-Claude Trichet. Search the Internet for it, and you'll find Reuters explaining that back in August, "The European Central Bank demanded sweeping reforms and fiscal tightening measures from Italy."

Trichet would not, Reuters reports, allow the ECB to purchase underwater Italian bonds until the government committed to "austerity." The demand letter was published in the Corriere della Sera. The letter had been rumored but not confirmed. Reuters added the following:

1 Comments in Response to Another Failure for the Elites as the EU Sinks?

Who could have forseen it?  Well...gee...huh...like...anyone who was paying attention to the fact that 1% of the population is robbing, raping and ridiculing the other 99% and pillaging the planet.  That's who.