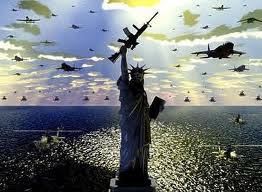 On Sept. 21, 1976, as his car rounded Sheridan Circle on Embassy Row, former Chilean ambassador Orlando Letelier was assassinated by car bomb. Ronni Moffitt, a 25-year-old American women who worked with Letelier at the leftist Institute for Policy Studies, died with him.

Michael Townley, an ex-CIA asset in the hire of Chile's intelligence agency, confessed to using anti-Castro Cubans to murder Letelier, in what was regarded as an act of terrorism on U.S. soil.

Which raises a question: Are not the murders of four Iranian scientists associated with that nation's nuclear program, by the attachment of bombs to their cars in Tehran, also acts of terrorism?

Had the Stalin- or Khrushchev-era Soviets done this to four U.S. scientists in Washington, would we not have regarded it as acts of terrorism and war?

Iran has accused the United States and Israel of murder. But Hillary Clinton emphatically denied any U.S. complicity: "I want to categorically deny any United States involvement in any kind of act of violence inside Iran."

"The United States had absolutely nothing to do with this," added National Security Council spokesman Tommy Vietor, "We strongly condemn all acts of violence, including acts of violence like this."

Victoria Nuland, Clinton's spokeswoman at State, denounced "any assassination or attack on an innocent person, and we express our sympathies to the family."

3 Comments in Response to Who Wants War With Iran?

It wouldn't be the first time that intelligence agencies like the CIA have gone rogue. If Iran can prove that the CIA was involved, what will our government do so it doesn't happen again? Yeah, we've been down that road before and it doesn't work. Why not? Because the CIA's covert activities have always been unconstitutional and anti-rule-of-law.

Funny thing about this old decaying empire, like an old toothless whore, lthe more guilty they are, they more they lie and the more vehemently they deny their actions.

Who wants War with Iran?.....The People of South Carolina do.