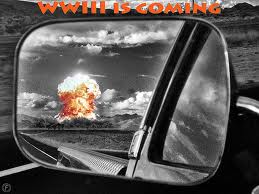 Dr. Marc Faber the Swiss fund manager and Gloom Boom & Doom editor has taken ultra bearishness to a new level. He remains negative about the outlook for the world because policy makers in Europe and the US are trying to solve the crisis created by too much debt and leverage with even more credit and leverage. Eventually when interest rates go up, he says, the cost of financing the failed monetary policies will become burdensome and will ultimately bring a big bust.

He sees a shift in economic and military power from West to East and is increasingly convinced that the end game will be war. But, so far, he had avoided giving a time frame to the war scenario. Not any longer.

Dr. Faber was amongst 10 investment experts assembled by Barron's last week at the Harvard Club of New York for the Barron’s 2012 Roundtable. The members of the Roundtable discussed the economy, China, Europe, market volatility, investment picks and World War III.

"On an optimistic note, World War III will occur in the next five years," Faber announced to the other members of the Roundtable, in his characteristic contrarian manner.

"That means the Middle East will blow up," he said, without providing any details about specific countries.

When this happens, "new regimes there will be less Western-friendly," he reckons.

"The West has figured out it can’t contain China, which is rising rapidly and will have more military and naval power in Southeast Asia," he explains.

The only way for the West to contain China is to control the oil tap in the Middle East, Faber argued.