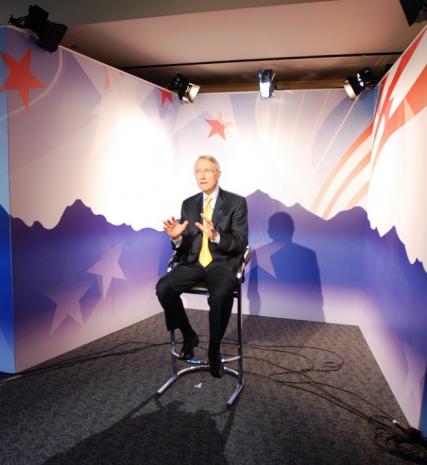 “In light of recent events, I have decided to postpone Tuesday’s vote on the Protect IP Act,” the senator said in a statement.

Reid urged Sen. Patrick Leahy (D-Vermont), the chief sponsor of PIPA, to “continue engaging with all stakeholders to forge a balance between protecting Americans’ intellectual property, and maintaining openness and innovation on the internet.”

PIPA was scheduled for a procedural vote on the Senate floor on Tuesday, the first step toward breaking a rarely used hold on the measure imposed by Sen. Ron Wyden (D-Oregon).

Reid’s announcement means that, for the moment, there is no action scheduled on either the Senate version of the anti-piracy legislation or the House version, the Stop Online Piracy Act. The move comes a day after rumblings that President Barack Obama was losing financial support from Hollywood, a major backer of the House and Senate measures, because of his opposition.