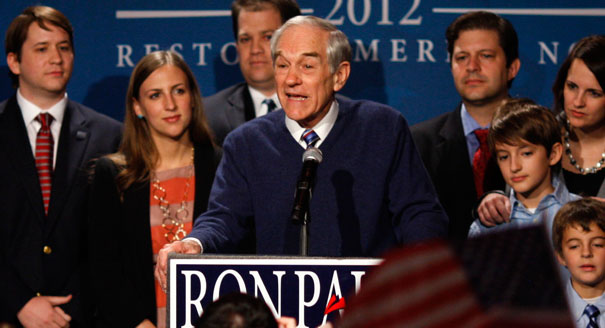 Click for more on Ron Paul and Vote 2012: http://to.pbs.org/SCliveblog

Texas Congressman Ron Paul addressed a crowd of supporters in South Carolina after being projected to finish fourth in the Palmetto State's Saturday primary.

Paul pointed out that after Iowa, New Hampshire and South Carolina, only 37 delegates have been allocated so far -- "something like 1.5 percent," he said. "This is the beginning of a long, hard slog."