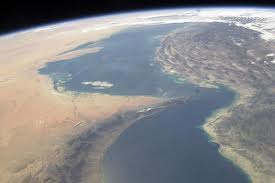 Tensions in the Gulf could reach a breaking point as a senior Iranian official said Iran would “definitely” close the Strait of Hormuz if an EU oil embargo disrupted the export of crude oil, the semi-official Fars news agency reports.

The announcement came in response to a decision by the European Union on Monday to impose an oil embargo on Iran over the country’s alleged nuclear weapons program.

“The pressure of sanctions is designed to try and make sure that Iran takes seriously our request to come to the table,” EU foreign policy chief Catherine Ashton said.

However, with Washington’s decision to deploy a second carrier strike group in the Gulf, the EU’s attempt to pressure Iran economically could greatly increase the likelihood of all-out war in the region.

The Strait of Hormuz is the vital link between the Persian Gulf and the Gulf of Oman.

It is also one of the most strategic chokepoints in the world when it comes to oil transit.

With world oil output estimated at some 88 million barrels per day in 2011, the US Energy Information Administration estimated that some 17 million of those barrels passed through the Strait.